Art Market
Open a larger version of the following image in a popup: 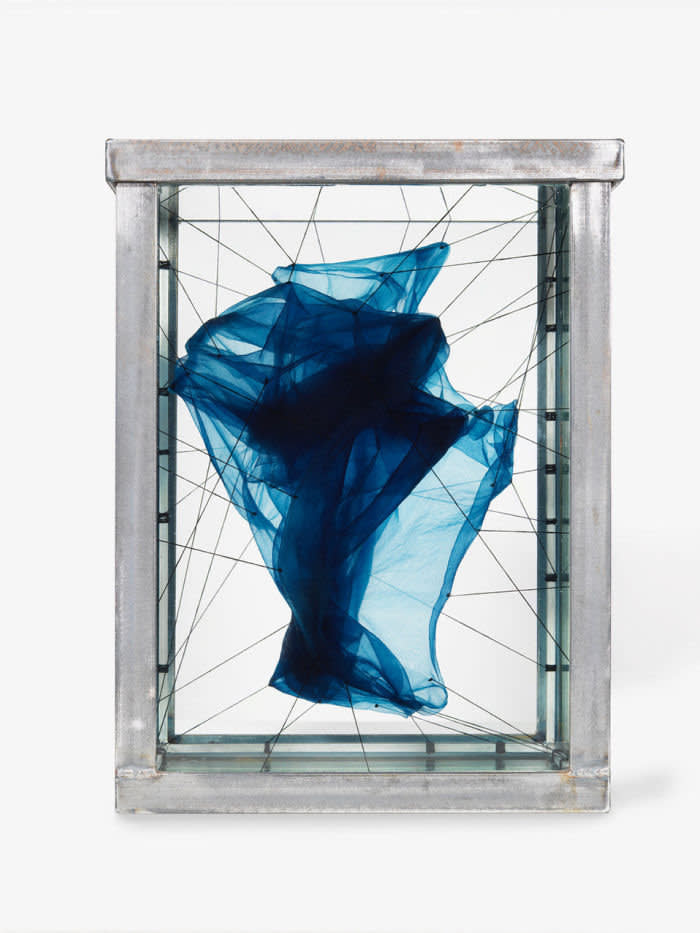 There’s plenty to satisfy lovers of classic photography in many of the 114 booths at the Photo London fair, which runs until Sunday. But some of the most compelling works at this year’s fifth edition are recent pieces that push the boundaries of the medium. Roman Road gallery brings a booth of work by the young French artist Alix Marie, including her “Zephyr” (2018), on which the image of a man’s hand on a woman’s head has been printed on to polyester silk and placed above three cooling fans, suggesting a wavering moment of indecision (£1,800). Another solo booth at Black Box Projects shows work by Denmark’s Adam Jeppesen, including pieces from his Tanks series (started in 2017) that print cyanotype (blue) prints on to fabric that is suspended in oil inside a glass tank, creating a trapped animal-like object (£5,000-£13,500). Not to be missed, too, is a neat art fair in-joke at Sid Motion gallery where Abigail Hunt has repurposed last year’s Photo London catalogue by ripping it up and creating attractive collages (all 2019, £750-£950). Photo London runs at Somerset House until Sunday.

We will process the personal data you have supplied in accordance with our privacy policy (available on request). You can unsubscribe or change your preferences at any time by clicking the link in our emails.